Five weeks have flown, in so many ways! I don't really feel like I have learned enough French that I could say I "speak" French, but I can at least muddle through decently now! Woo hoo! I'm currently working my way home (aka trapped in an airport wishing that cheap flights were less painful or involved a possibility of more sleep), so I thought I'd share some of the end part of the journey.

The last couple weeks have been filled with all sorts of adventures. Another hike, a cheese factory, chocolate dipped icecream, museums, wandering, ...(and of course some French). The program has been a great experience. Québec City is a lovely place to wander about in for a summer, hot - humid for sure, but lovely.

With the Club des Maîtres I went on an excursion that involved going to a cheese factory (Bergeron) that was both delicious and interesting. After that we had a picnic (mostly of cheese!) and then went to see a waterfall - and finish the night off with softserve icecream dipped in amazing dark chocolate. It was a lot of fun!


I went on another hike, this time to the Mont-du-lac-des-Cygnes which was beautiful and thankfully a bit shorter than the last one. Maybe my French comprehension is improving, because I was less surprised with the distances and difficulty of this hike, compared to the others. It was really pretty - although a little hazy once we got to the top. 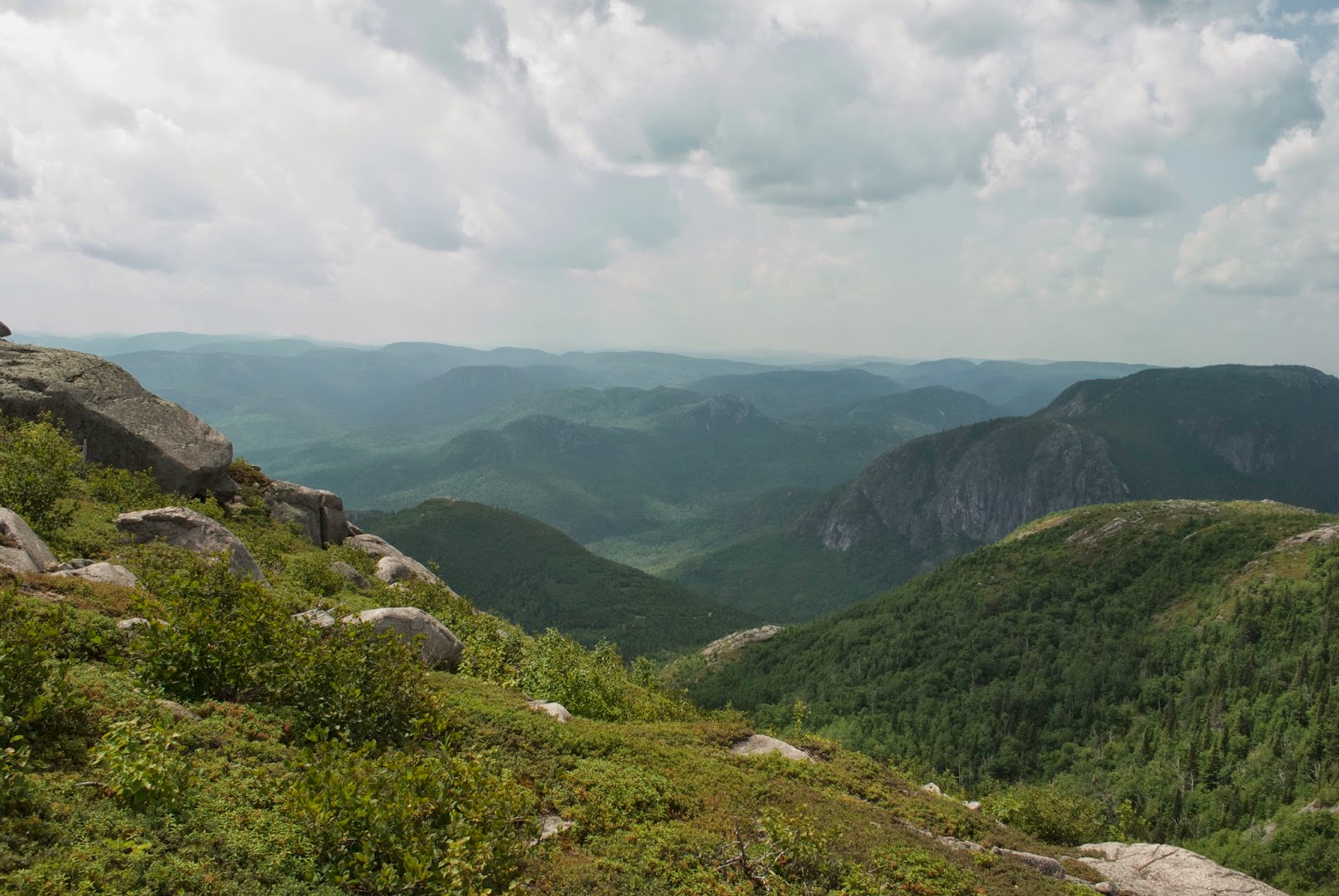 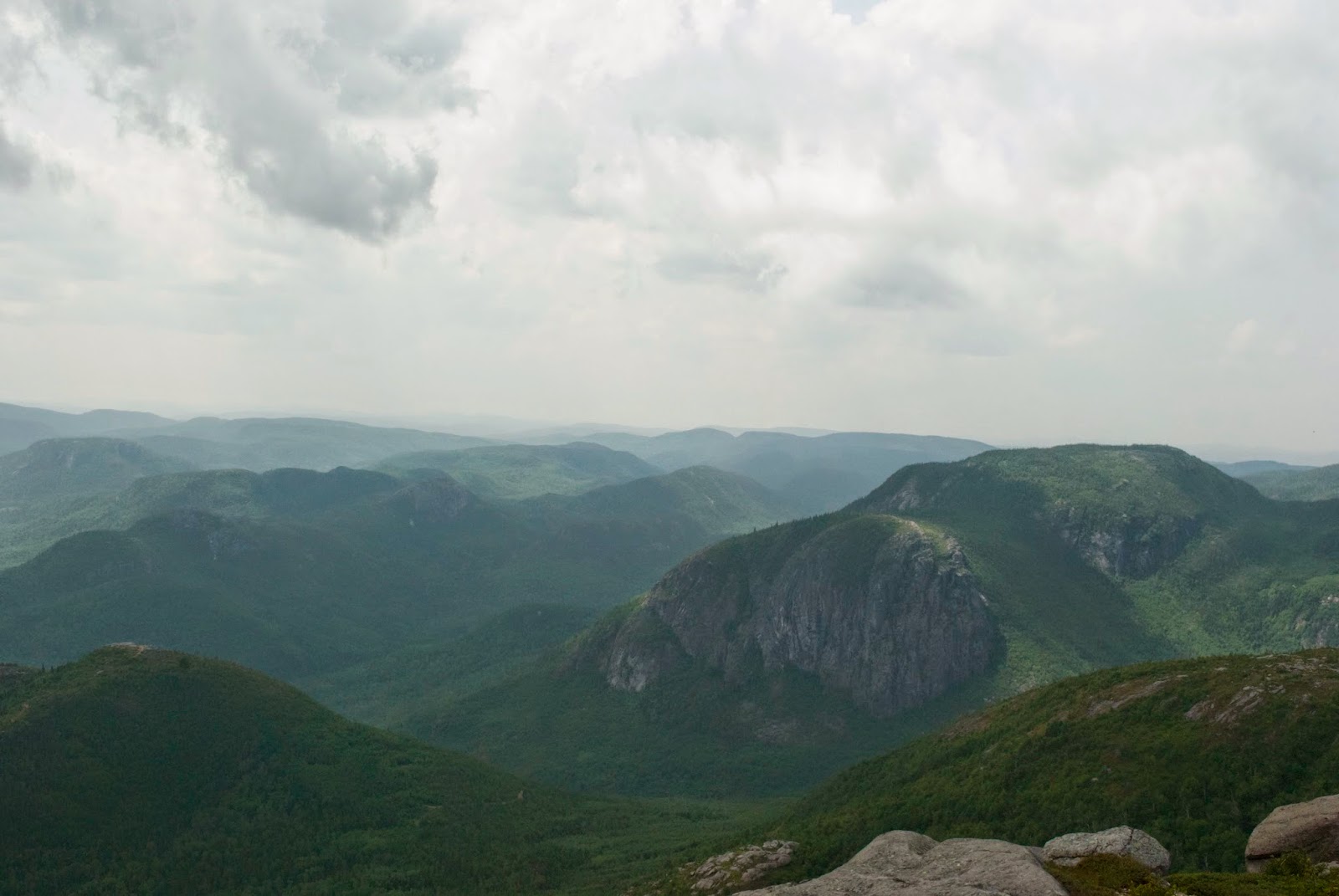 The following day I went on a museum exploration - to the Museum of Civilization. We thought we'd given ourselves lots of time... we didn't. Of the MANY exhibits, we made it through 2. I had hoped to go back, but that didn't quite happen. We went to an exhibit of the history of Quebec, which was really interesting to me. A lot of the history I remember learning in school, told from a very different perspective. Lots to learn. The other exhibit we went to was called Frame by Frame and was all about animated films of the National Film Board (NFB) which was AWESOME! All the steps were there, drawings, movable manipulatives, stop animation, lots of videos (which you could vote for what would screen - interactive things make me happy)... it was great. 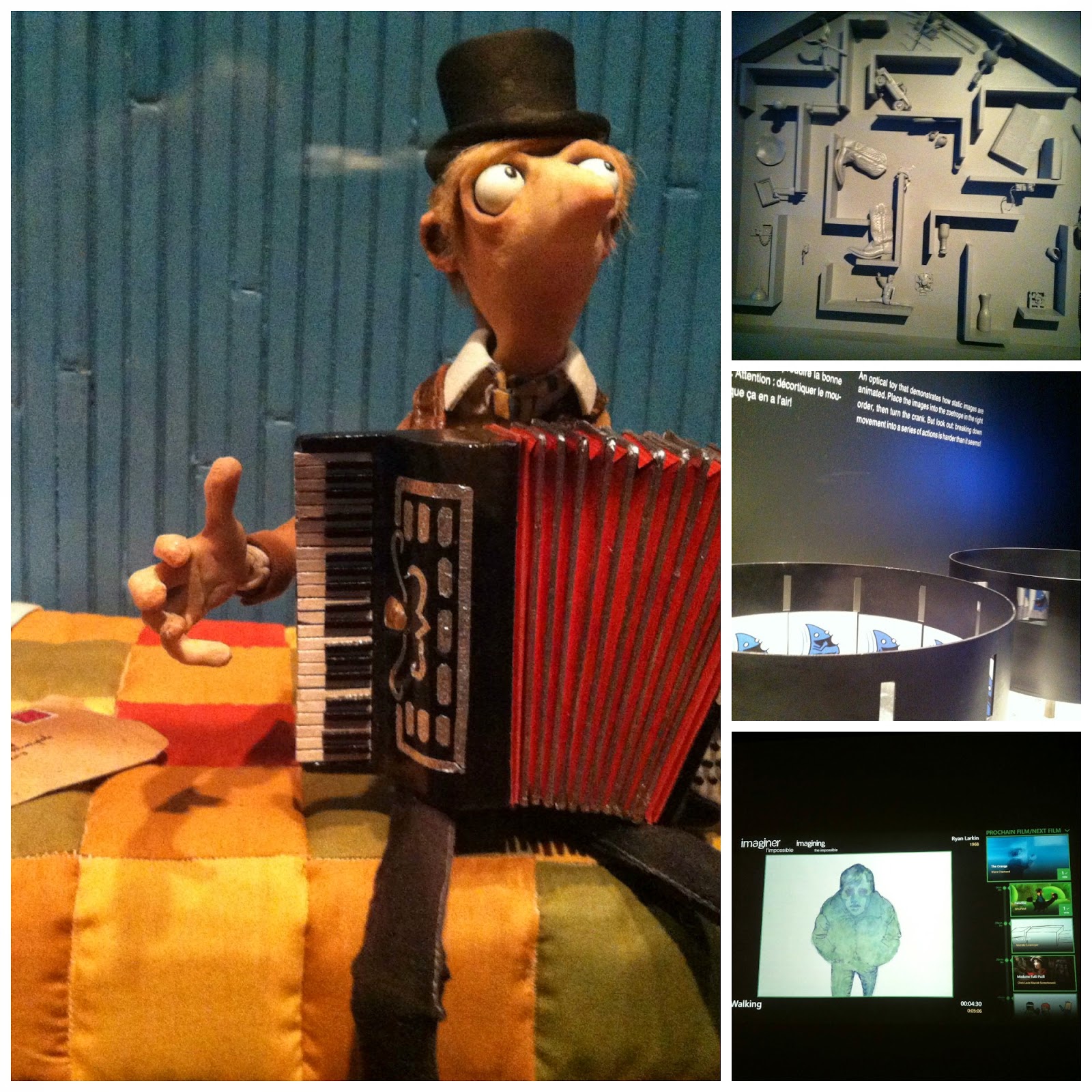 The last week was REALLY busy. One of the school activities was a "cruise" on the St. Laurence. It was fun, but lasted perhaps a smidge too long. That said, it was neat to see the city from the water and get to dance while all spiffed up. Our dance party started outside, while the sun was coming down. Eventually the sky opened up and we had to move inside - but I am glad we started outside.

This week also had a series of exams (too many, way too many!) and a "spectacle" which was kind of a talent show/year end recital type thing. My class (along with the other Intensif 2 folks) were singing a song, which was accompanied by a video that my class prepared. It ended up being a LOT of work, but funny. The spectacle was a little too long, but involved some kind of crazy surprises. One of the things that is supposed to motivate us at in the program are these little "carte verte". Literally green cards - that are the reward for trying to work, live, play... in French. As a beginner - it felt tricky to get them. Having a "conversation" was a heck of a lot of work. So I was kind of shocked when I won the prize for the second most green cards in the entire program! I'm still a little shocked. I won a cookbook - so now I can work on translating ingredients and see how I do as a Quebecoise cook. 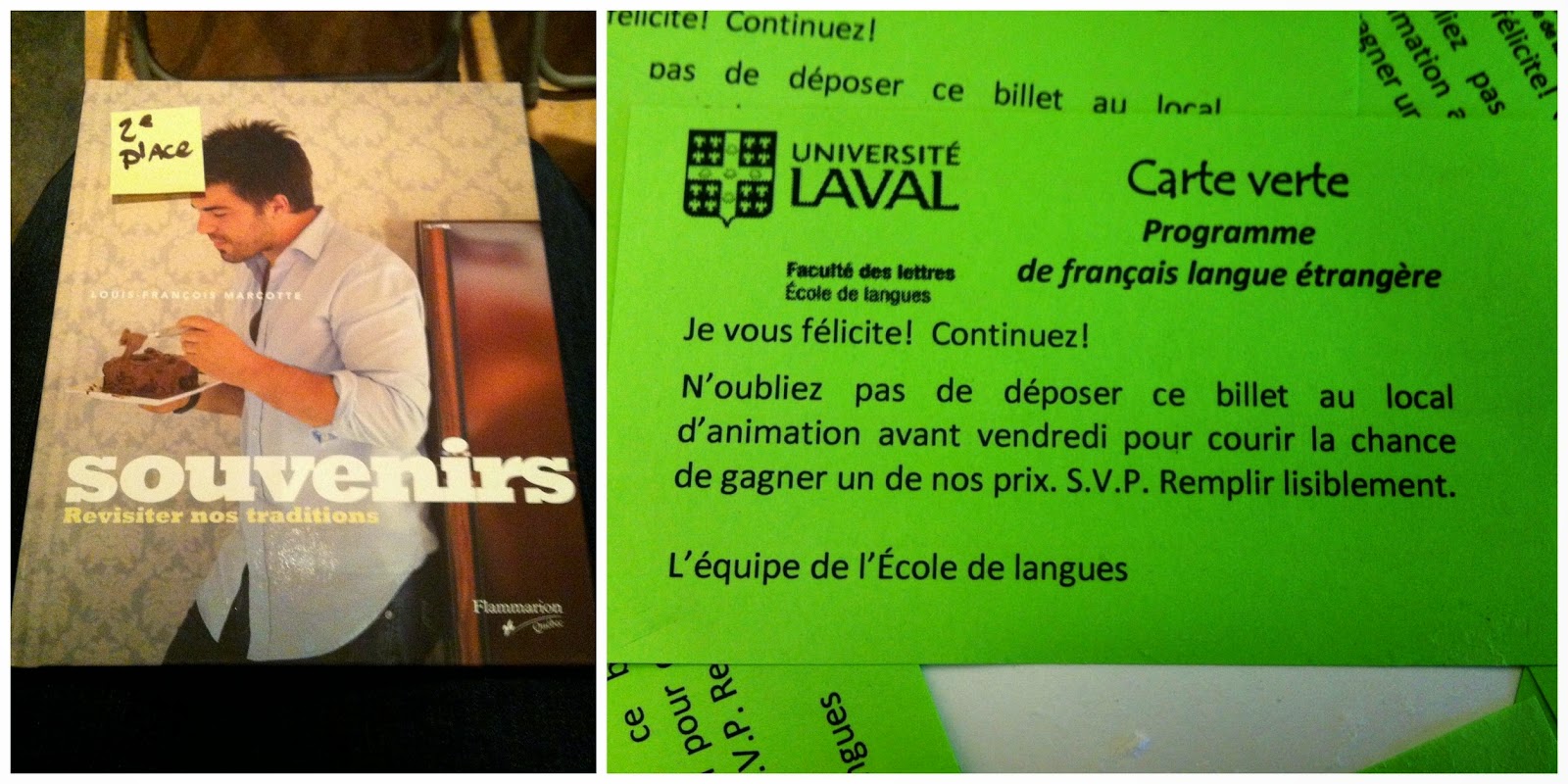 Our class was further surprised when we won first prize as the class with the most green cards! Go team!

I've also been doing some general wandering around - enjoying the things that are all over to look at. Here's a smash up of different mini-adventures and some of the photos. 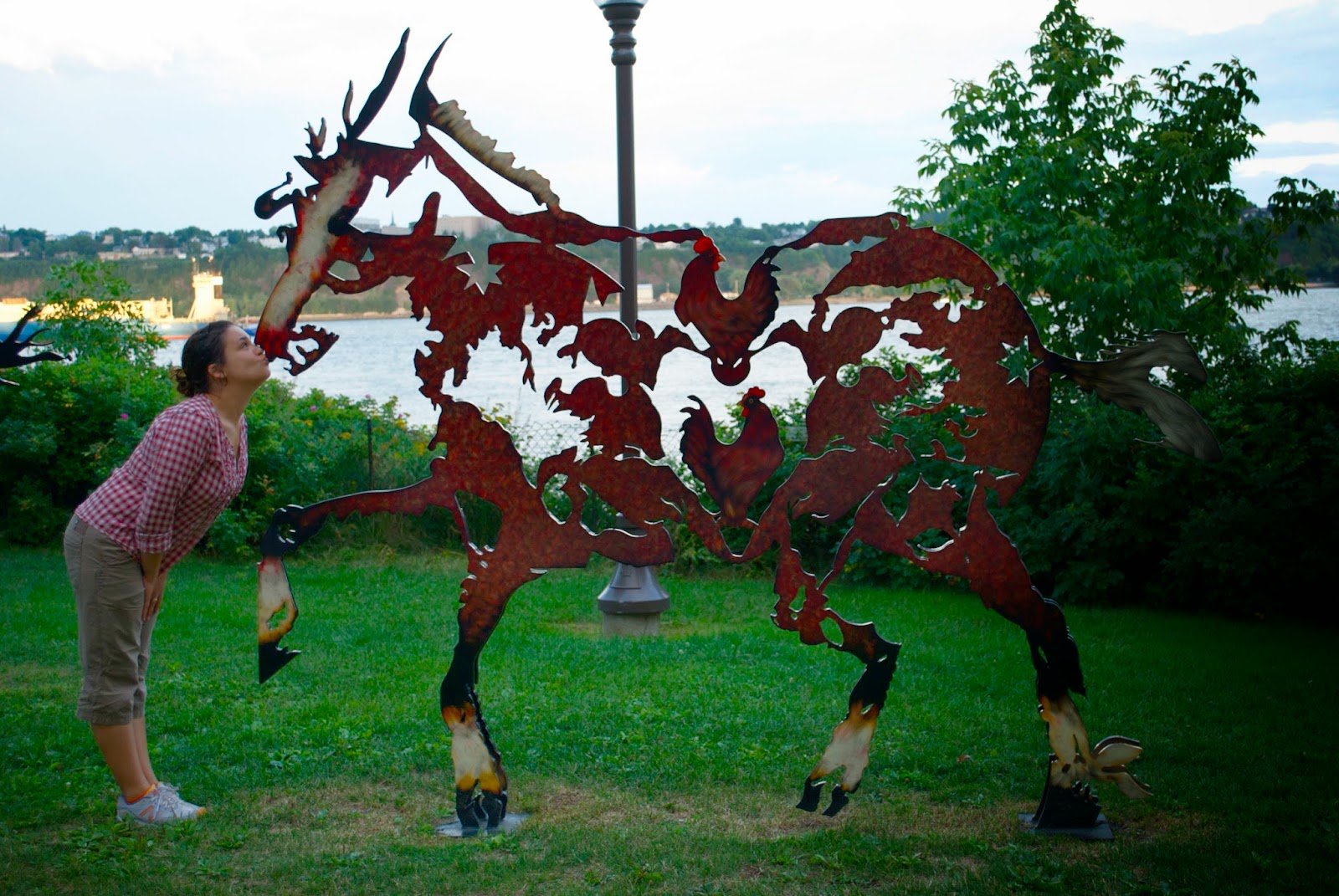 Sharmon and I went for an adventure to downtown and the Plains of Abraham. Sharmon didn't bring any sort of rain protection... so it rained. It was still a lot of fun - both before and after the rainstorm.


It has been a great adventure. I am glad to be heading home though. I hope that you've also been having a great summer!
peace to you~
Posted by this Prairie Girl at 10:55 PM