More than half way!

Time is flying! I am now 3/5 done my French program, which seems crazy. This week was filled with a lot of exam prep, as we had what I guess were mid-terms. I'm glad the tests are mostly done. Its interesting (as a wanna-be employed teacher) to reflect on the amount of anxiety I feel over tests that really don't matter at all. I'm taking this course for me - not for the credits or grades, but still - tests freak me out. Also, classes where I often feel... dumb - where I don't understand what's going on, is a really good space for reflecting on the experience of many of the little people I've taught in the last while, who were new to English. Lessons to be learned, all around.

Today, I went on another hike. This time to the Vallée-Bras-du-Nord which is about an hour from Québec City. This was a better hike for me than the last one. Less steep, which was appreciated. The weather was great, not as hot - and the rain thankfully held off until we stepped onto the bus.

The river was really pretty - it looked red-ish, but that seems to be from the riverbed. It was nice to hike with the occasional sounds of the river in the background. 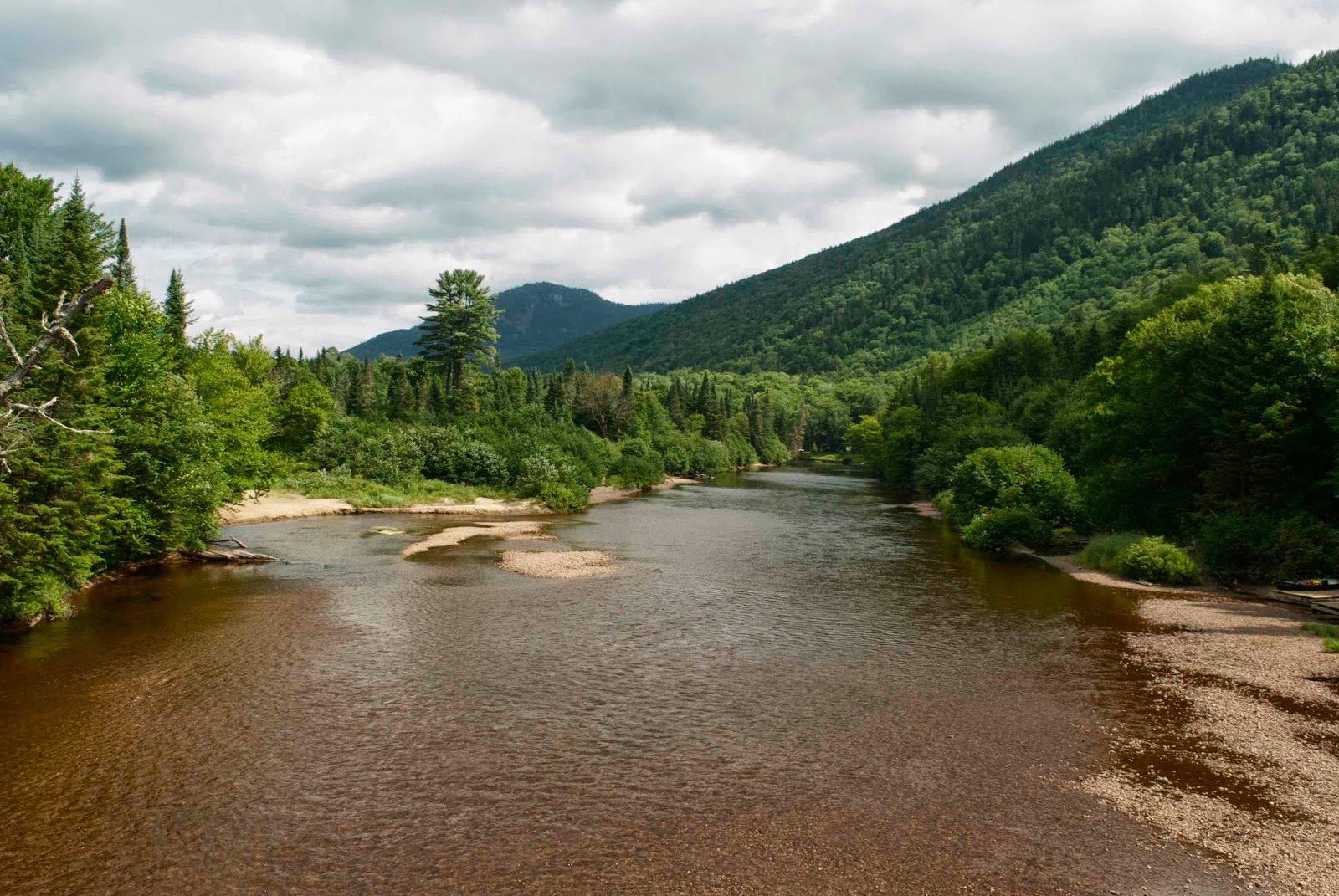 Because I'm me, I took lots of pictures of moss and other green things... you're warned. 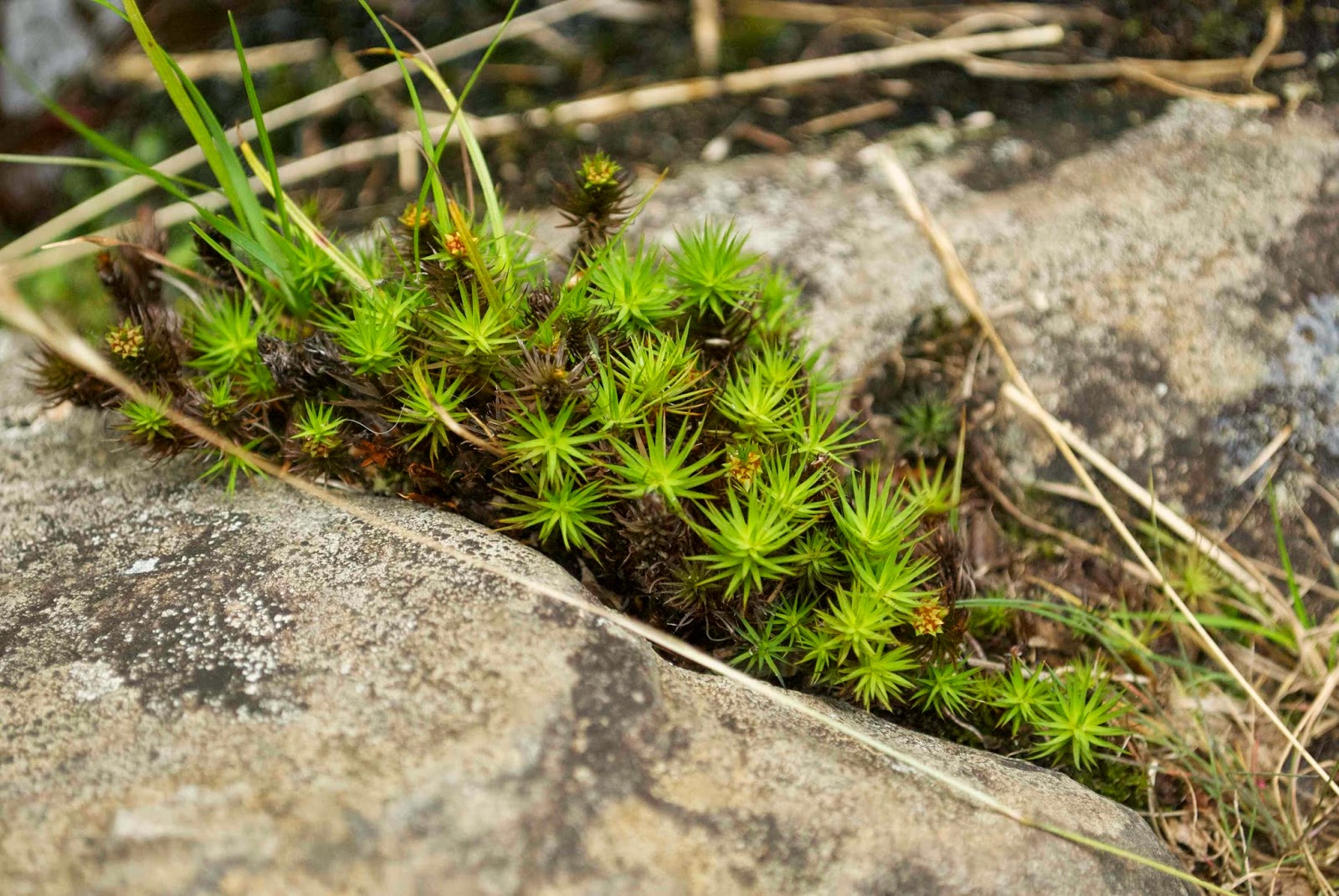 Our first stop (after about 3.5 km) was a the Chut-Delaney. At the end of the hike, we were pretty close to the top of this waterfall, but further over. It's a long way up... 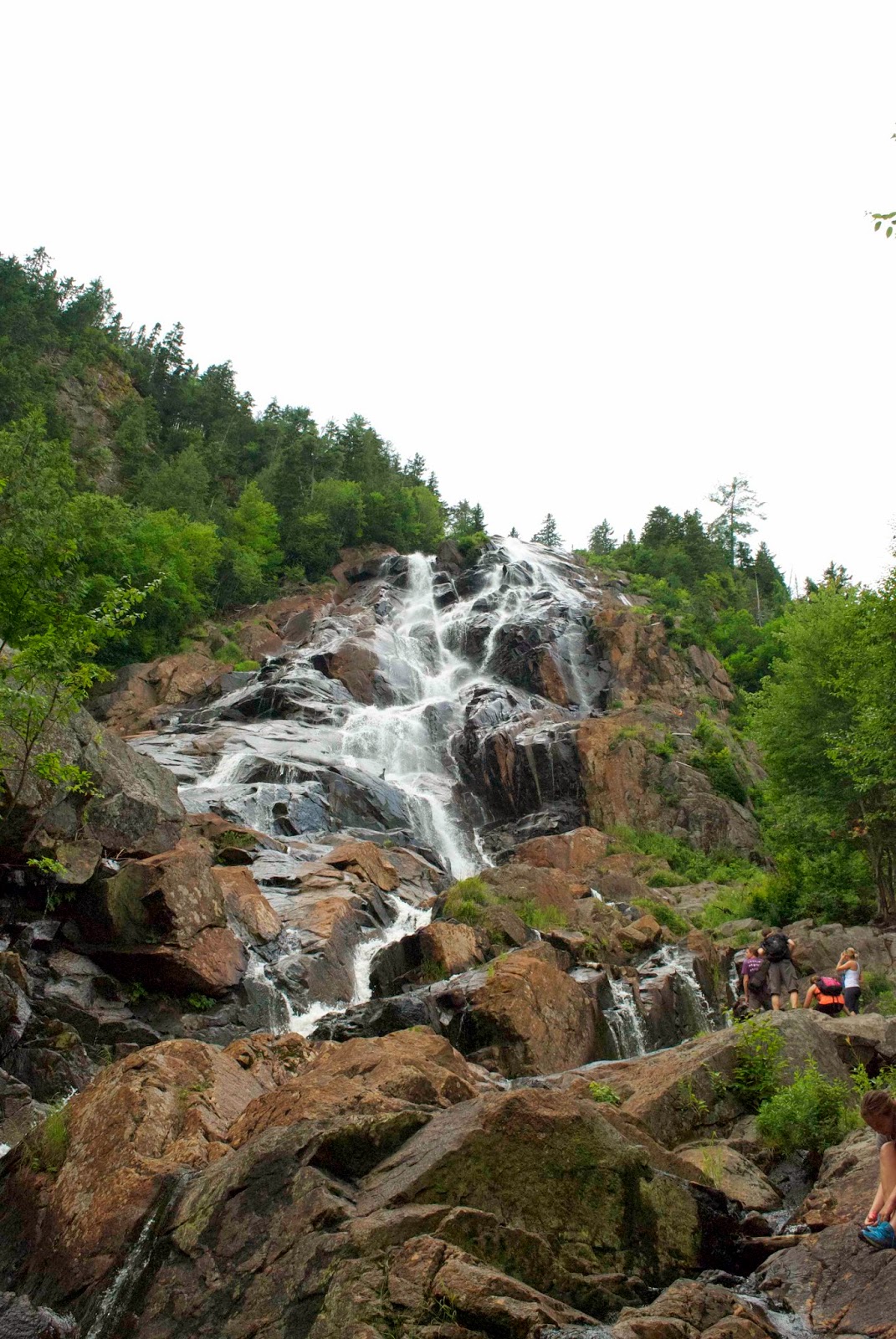 From there, we started to climb. The rest of the way up, was about another 6km. It was so green, and the shade made it quite fresh. I'm not really adapting to the humidity here. I feel sticky, most of the time, so it was nice to have a slightly cooler day, while on the move. 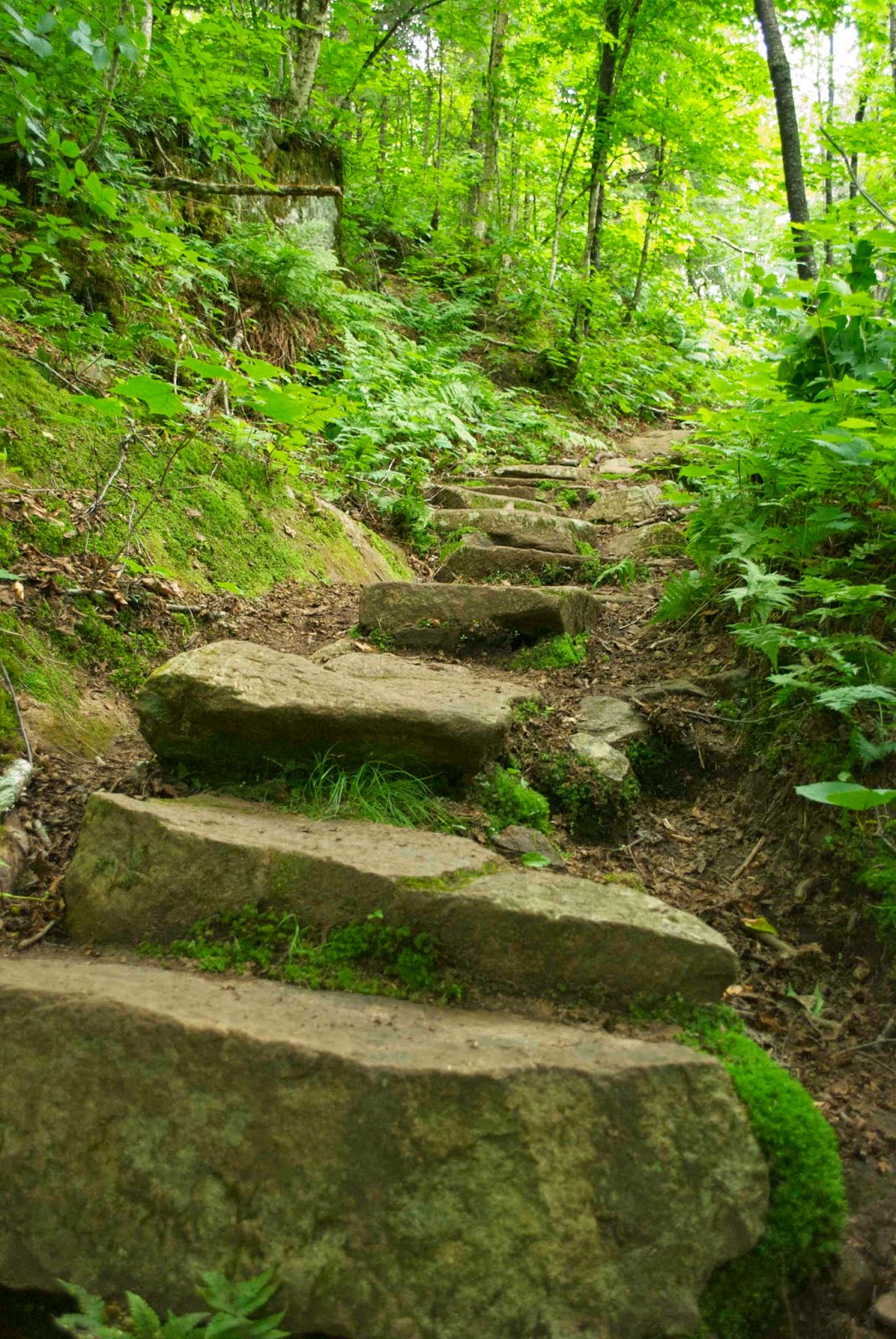 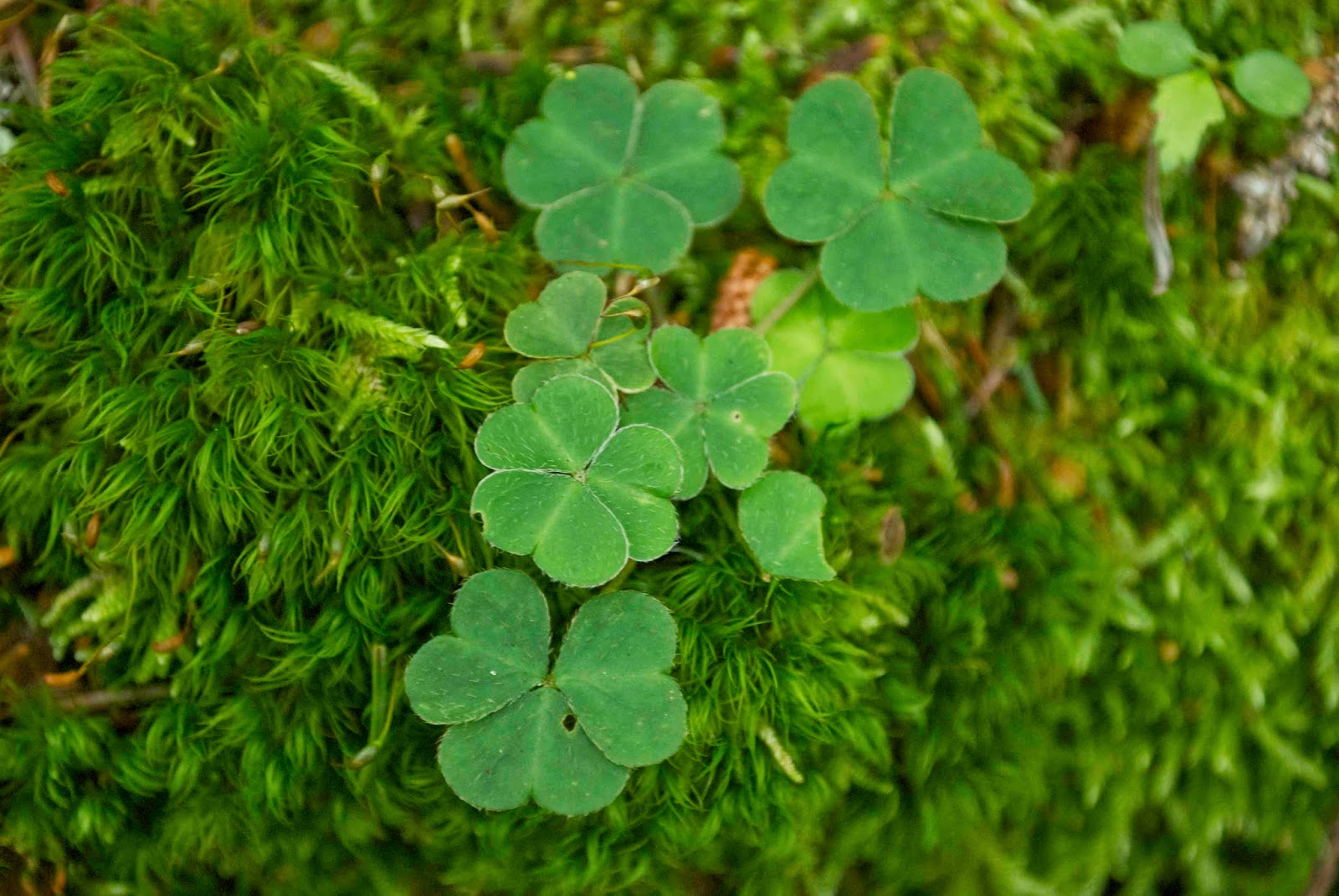 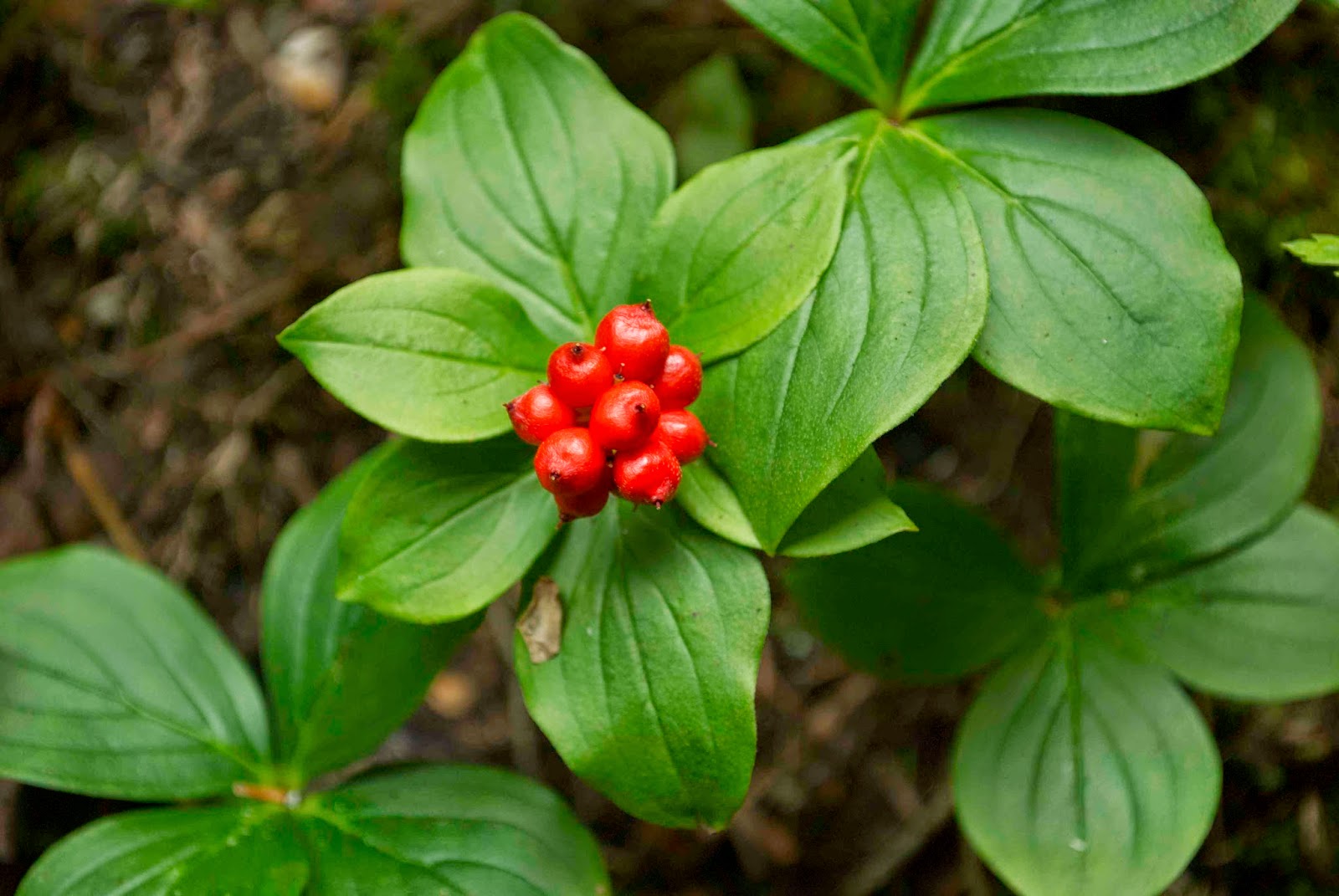 And then of course, you have to come back down. I am still undecided which direction I like better. I think it's part of the reason I like loops... 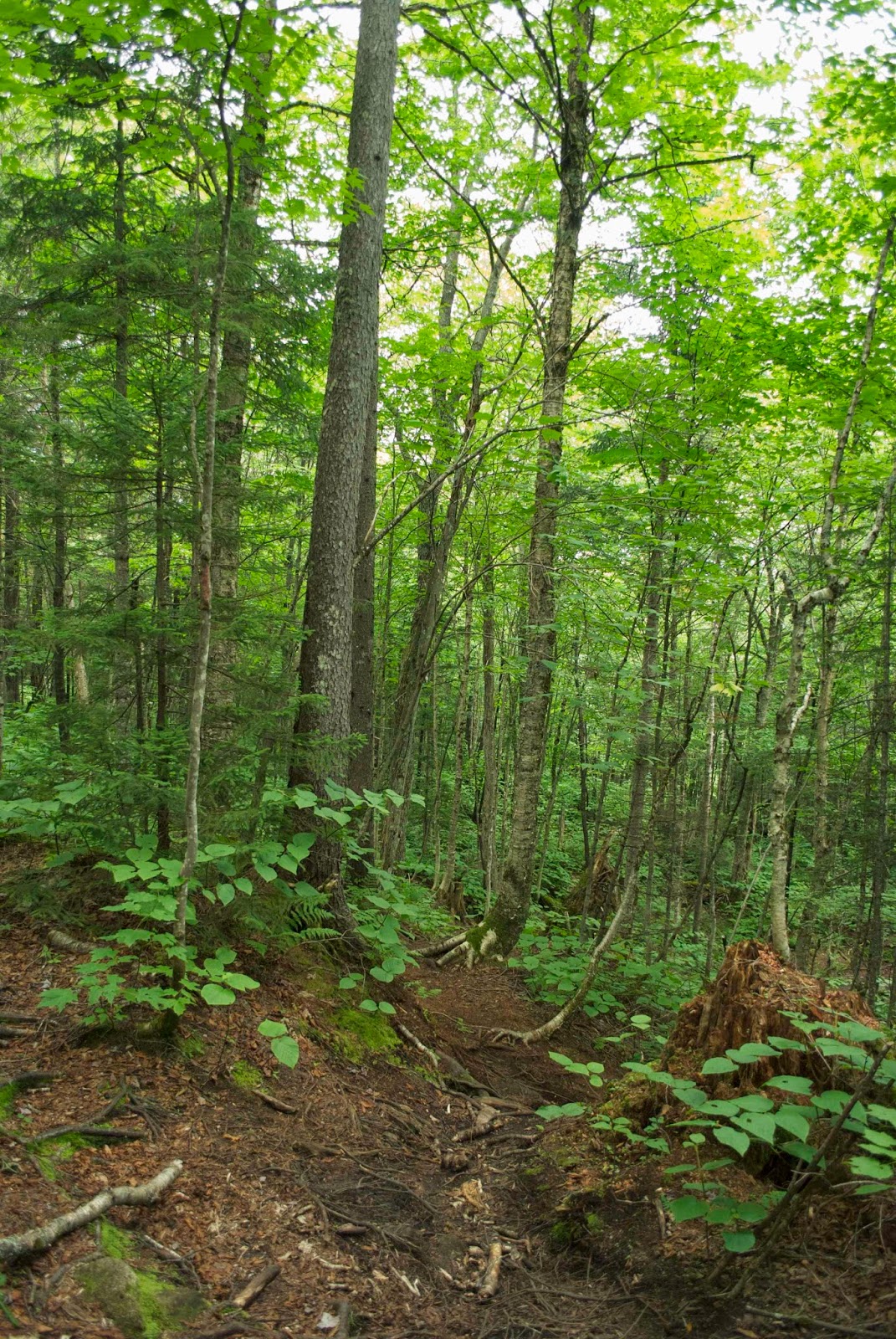 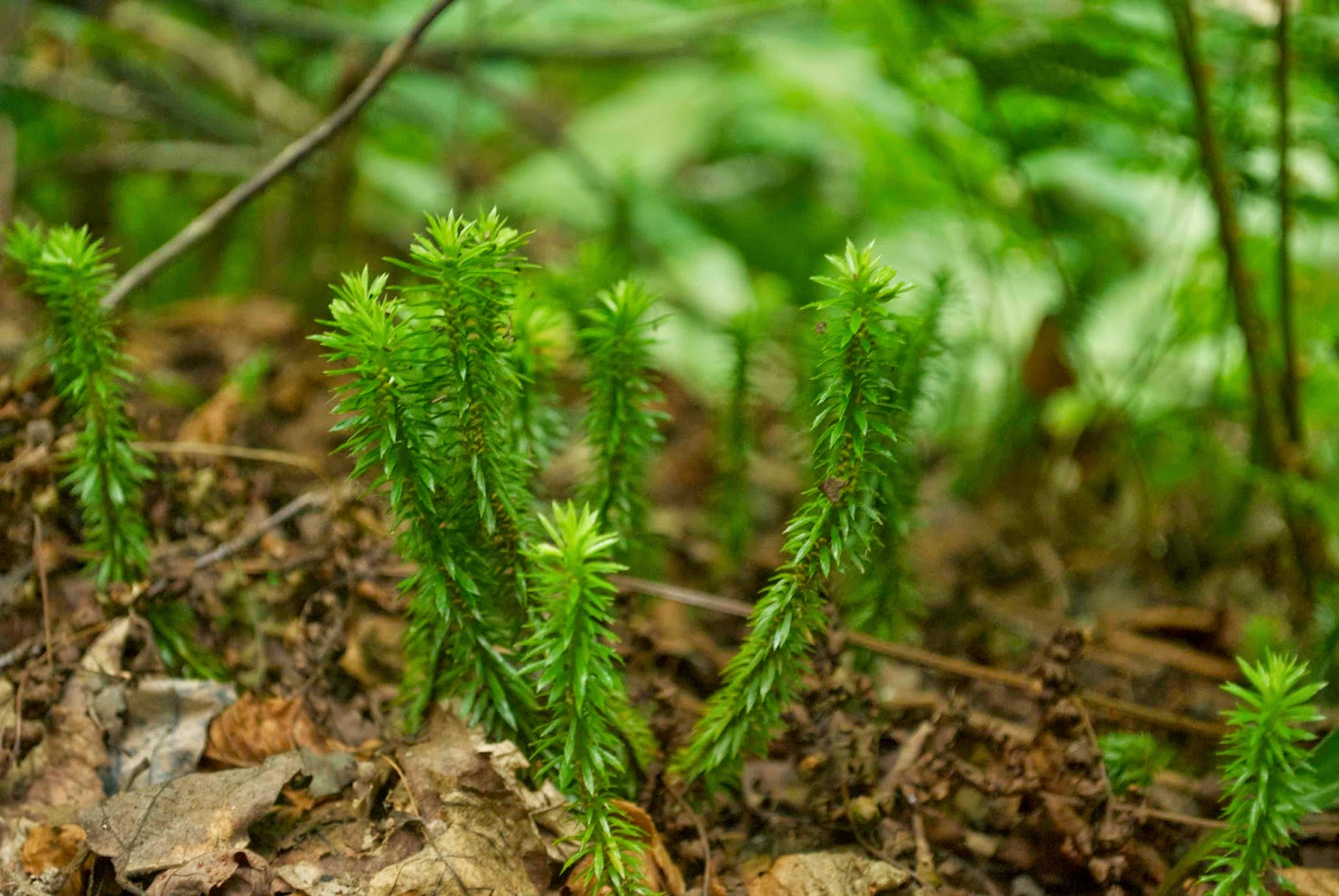 There were some plants that we were wondering about... 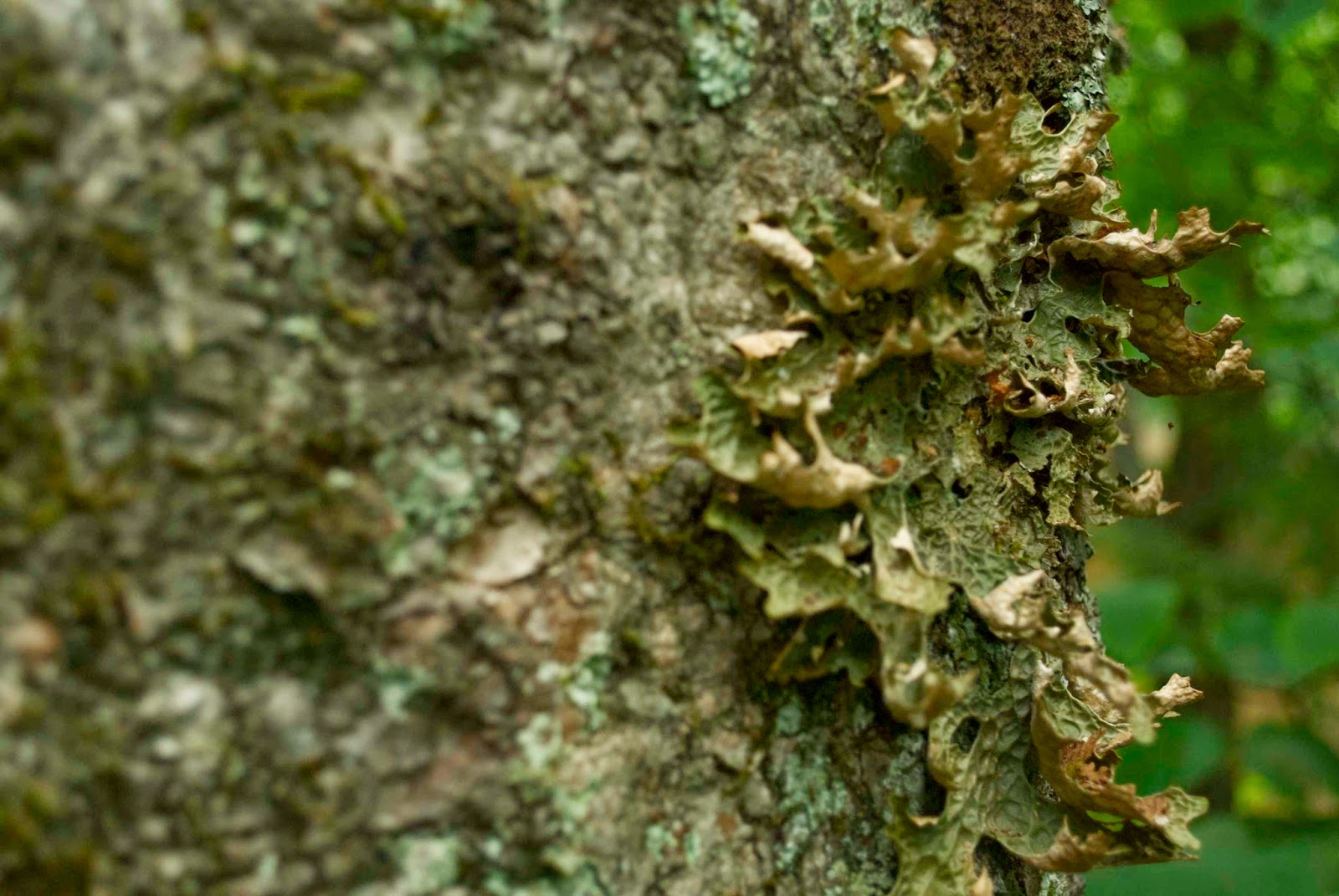 It was a fun journey. I'm not sure what I'll do tomorrow.
Peace to you~

Posted by this Prairie Girl at 5:11 PM