So there is this myth out there, that Canadians (I realize this is a generalization... but many Canadians) seem to believe. Ready for it? It's that Canadians are good and generous people, that we have a great reputation internationally, and that we're 'likeable'.  Maybe aspects of this myth are true. Maybe it's true of some individual Canadians... but geez are we on a massive spiral downward with how we're perceived overseas.

Would you like to know why I think this? For some reason, we keep on electing people who are taking our reputation and trashing it - in a variety of ways. Sometimes is from acting completely stupid and irresponsible (pulling out a kyoto pops to mind here - or the actions of Bev Oda anywhere she's actually been). Sometimes it's the frustration at "Canadian" oil companies that are charged with human rights and environmental abuses. Sometimes it's awe that in Canada, people are having their right to protest limited or removed during the maple spring.... it's a long list of 'seriously, Canada - this is what you're doing now...'

In March, the Government announced a reduction of more than 8 percent over 3 years to the budget of the Canadian International Development Agency (CIDA). This $319 million cut is equivalent to the cost of one of the sixty-five F-35 fighter jets the Government wants to buy. ONE! Today, October 17th is the International Day for the Eradication of Poverty - and a program has been launched to take a stand and tell the government, enough is enough. There's a petition you can sign, there are drafts of letters, there are tips on how to meet with your MP... all at  www.ReverseTheCuts.ca or you can get more information at change.org 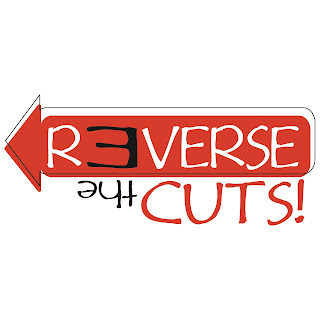 I know that there is a lot of poverty at home too - and that many respond to comments about international cooperation with questions about why we should be doing things over there if there are problems here. I hear that. I am certainly not telling you to also advocate for change in our local communities. Here's the thing though, least from my perspective. The problem here isn't in there not being enough - the problem here is in compassion and sharing. WHY for example, would Canada ever need 65 fighter jets? Imagine the world we could help create if instead of funneling funds into fear, hate, and war - we directed that into hope, compassion, and justice.

I am ready.
Are you?